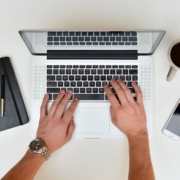 On October 1st, 2018, resellers of Macola Software received a notification from ECi Software Solutions, Inc., the parent corporation of ECi Macola/MAX, that in the coming months it would be discontinuing its partner channel that had been running for more than 25 years. The notification also stated that customers would no longer be allowed to work with their reseller partners on ECi products in the future.

Macola resellers have for many years provided sales, support, and consulting services for users of Macola, an enterprise resource planning software system used primarily by small- to mid-sized businesses in manufacturing. According to the lawsuit, ECi has decided to cut out its former reseller partners and prevent them from offering support and consulting services to businesses using Macola. By preventing competition, the lawsuit says, ECi will create a monopoly for itself in the markets for support and consulting of Macola. The complaint contends that ECi is already exercising monopoly power over Macola users, forcing them to purchase services they do not want in exchange for continuing to receive routine Macola software updates.

According to the lawsuit, ECi is attempting to prevent competition by fraudulently telling Macola users that they will breach their software license agreement with ECi if they continue to do business with their reseller. At the same time, the complaint alleges, ECi is pressuring Macola users to sign new software license agreements that contain restrictive language that would prohibit Macola users from hiring anyone other than ECi to perform support or consulting on Macola software. In addition, the lawsuit claims that ECi has committed or threatened multiple breaches of its contract with the resellers, including cutting off earned commissions and other benefits under the contract.

On November 7th, 2018, a seasoned group of Macola resellers with hundreds of combined years of service, represented by the law firm Organ Cole LLP, filed suit against ECi in the U.S. District Court for the Southern District of Ohio, alleging that ECi’s conduct constitutes breach of contract, tortious interference, unfair competition, and violates state and federal antitrust law.

“It’s a daunting task for a handful of small businesses to take on ECi’s millions, but we made a promise to help our customers grow their businesses and we’ve become an integral partner with those companies,” said Michael Oswalt, CEO of Algorithm, Inc., one of the plaintiffs in the lawsuit.

“We believe every customer is valuable,” agreed Jeff DeSchon, Vice President of iPro, another of the plaintiffs. “We will continue to serve them, and we will protect our employees and their families. That is why we’ve taken this action.”

Chuck Wise, President of another plaintiff in the lawsuit, Copious Solutions, added, “We believe that our customers should carefully review any new contract documents put in front of them by ECi, including click-through documents and sales order footnotes, and seek legal counsel where appropriate.”

Currently pending before the court is the Macola resellers’ request for a temporary restraining order. If that request is granted, the order would prevent ECi both from telling Macola customers that they are prohibited from doing future business with the resellers and from requiring customers to purchase unwanted services as a condition of receiving software updates.

We encourage your feedback. Comments or questions may be sent to ECiMacolaSuit@algorithminc.com

This email address will be forwarded to the resellers as a group.

If you would rather, address your feedback to me directly at jmayer@mayererp.com 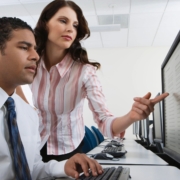 Throughout the business world, enterprise resource planning (ERP) is enabling new standards of efficient collaboration. Whatever one’s industry, ERP software is a vital and well-recognized tool for success. To fully understand the future of ERP, it is helpful to understand current innovations.

It makes sense to separate applications into the categories of ERP, II and III. Classic ERP integrates processes within organizations. In the ERP II category, applications integrate supply functions, drawing in exterior enterprises and vendor-affiliated partners. ERP III extends dichotomy even further by strengthening ties with customers and sales processes.

In the near future, a number of trends like Work Spaces should improve the outlook for ERP customers. Leading developers should double down and further improve current innovations. These include medical device software manufacturing solutions with serial lot traceability. ERP applications will include numerous new functions–not bells and whistles but critical solutions designed around customer feedback. Of course, it does little good to add features without maintaining adequate usability. In the early days of ERP, applications were notoriously opaque and difficult to master. Cutting-edge ERP providers will meet the public demand for convenient interfaces and shallower learning curves.

Increasingly, ERP applications will become more useful for companies of all sizes. Historically speaking, a sharp divide separated software for small firms and larger corporations. As ERP solutions gain more flexibility, users will be able to keep using familiar applications as their enterprises grow. In the thriving medical technology sector, innovative software solutions solve a variety of common problems. In the past, it was typical for medical device companies to waste substantial resources coordinating different departments. Personnel responsible for accounting, HR and inventory would consult differing versions of data sets, leading to regular misunderstandings.

Using a search engine, one can easily identify a promising business software solution for small to midsized medical device manufacturers or distributors. Though there are plenty of ERP developers plying their trade today, with the release of Macola 10 with Configurable Workspaces, Business Activity Monitoring, and Business Process Management, ERP as we know it has changed.

Wouldn’t it be great if you could run your business on autopilot? All of the human capital that goes into producing your product would be automated. Most small to medium-sized businesses spend thousands to millions of dollars each year on manual labor to carry out their business processes.

Of course you are going to need people to run your business, but where many businesses go wrong is when they do not take advantage of the technology that is available to them. Macola, for example, offers extremely intelligent business software systems that eliminate the need for so many employees. If you wish to set your business on autopilot, a software system like Macola ERP solutions may be a great choice to consider.

Consider, also, the competition and its effect on your bottom line. With so many similar businesses, not to mention large companies, to compete with in the marketplace, your enterprise must stay on top of the market and get an edge over other companies that offer similar products. A great way to do that is to upgrade to smart business software that can complete many tasks and lower your business overhead.

Macola ERP Solutions is designed with Business Process Management capabilities. Your partner works with the business to determine needs and then design a system to assist or totally accommodate those requirements. Macola’s software can cover almost all aspects of your business needs. The software contains applications that are designed to complete tasks in accounting, manufacturing, distribution, HR, document management, CRM, and much more.

Macola applications are designed for exceptional accuracy and efficiency. Using Macola ERP Solutions, your company can have a single human resources employee instead of an entire team doing busywork.

Instead of hiring an IT team to create applications for your business, you could simply have one IT employee to run software and train new employees. Macola’s programs are already designed to complete common business tasks, and with a partner who can handle custom solutions, there is less need for an IT department.

Accounting can benefit from automation as well. Macola software is capable of completing tasks such as writing and sending invoices, sending late payment notices, sending non-payment notices, auto-detects, automatic e-mail reminders, accounts receivable and accounts payable tasks, and more. The business automation solution can handle workflow processes, triggers, and has an event manager. Almost all common tasks that burn the majority of employee’s work time can be automated to allow them to handle more important and complex duties throughout the day.

The technology is here and the small investment for a business to purchase software like Macola ERP Solutions is definitely a smart move. Get an edge over your competition and lower your overhead costs by purchasing Macola software through a trusted partner.